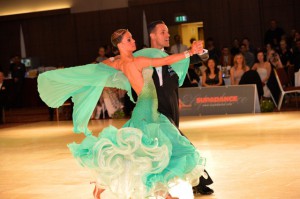 Competitive couples from 28 countries took to the floor for the Crystal Palace DanceSport Cup at the heart of London on 18th May 2013.

The following events were included in the International Programme:

The Standard event was particularly impressive with the 15 out of the world top 50 couples taking part, including the Simone Segatori & Annette Sudol (Germany), currently ranked 2nd in the World.

The project has grown tremendously, both in quantity and quality of Grassroots Competitors. Couples exchanged smiles and offered words of encouragement to each other; a feeling of pride and joy filled the room.

Three DSGB 10 Dance couples took part in the WDSF World Open events this year, a living proof that the project is indeed connecting elite DanceSport with its local base.

The evening saw a full house of enthusiastic spectators, and cheering began as dancers gathered at the side of the floor waiting for their heats to be called up.

Semi Finals and Finals continued late into the evening, rewarding the audience with amazing level of performance and skill. Camera flashes only added to the buzz and excitement in the atmosphere.

A huge “Thank You!” to the organisers and all DSGB Volunteers on the job well done! 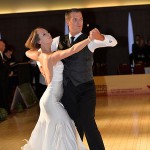 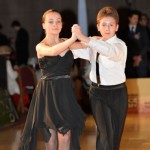 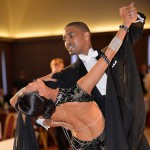