The talented junior couple – Louis and Nicole – was back on the road to represent England at the Kediniai Open in Kaunas, Lithuania on 10th and 11th February.

The two day event gathered together class level and international ranking WSDF couples from around the world, all competing for the open championship title in both Standard (Ballroom) and Latin American.

Louis and Nicole performed in the D and E class events in both Standard and Latin American. Together, they danced the Samba, Cha Cha Cha, Rumba and Jive, as well as the Waltz, Tango, Foxtrot and Quickstep in front of a cheering and excitable audience.

The bright young dancers were joined by two other DSGB couples who danced in the WDSF International Open Adult and Senior I events. 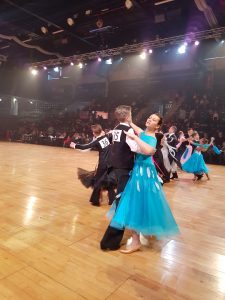 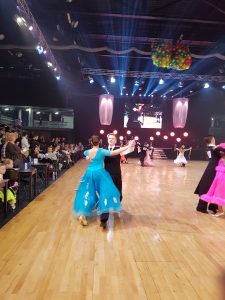 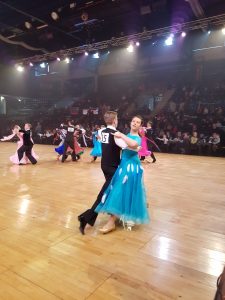 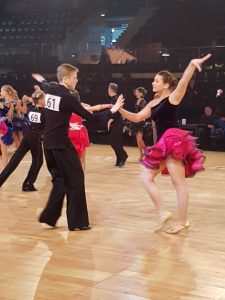 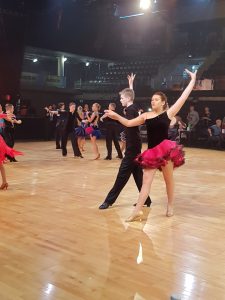 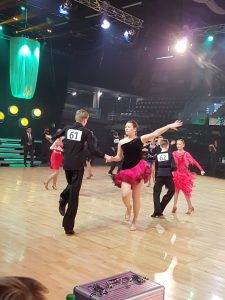 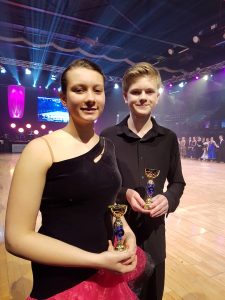