After a long break, GB couples were finally able to participate at the International event.

November brought with it WDSF European Cup as well as a WDSF International Open in Standard (Ballroom) & Latin. In an upgraded multi-functional sports venue, Pontault Combault near Paris, couples from over 20 countries took the floor.

British representatives Oleg Terekhov & Anastasia Fokina have competed in four events in both styles over the weekend, performing to a very supportive audience.

“Great to have couples back on the floor! We missed competitions so much over the last two years”, says Olga Komarova, WDSF Adjudicator for England at the Paris event. 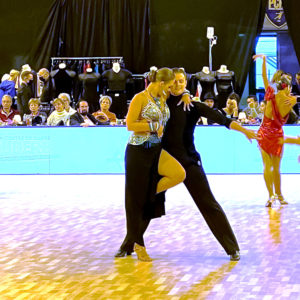 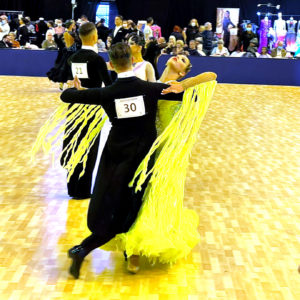